Get Found Get Funded takes pride in featuring companies led by entrepreneurs...

…that are generally under-represented in the startup space.  Although Get Found Get Funded is supportive of *all* entrepreneurs, we feature those on the show that are eligible for Angel and VC funding.  We understand this is a small subset of entrepreneurs; however, our focus is on changing the startup space to be more inclusive for all and we are starting by shining a light on this particular space.

For example, while data shows that women’s entrepreneurship is on the rise, women still face disproportionate challenges gaining access to capital and other resources that businesses need to thrive. On average, women start their businesses with half the capital of men.

One study showed just 13% of all startups receiving VC funding have any person of color as a founder.

With regard to the LGBTQ community, while there is little data, a recent study found that over one-third of founders who identify as LGBT do not come out to their investors.

In short, there is a huge need for support and resources for these underrepresented groups.  Getting funding is difficult enough for a startup, and these factors can make it even more difficult to succeed.

Get Found Get Funded works to mobilize and close the diversity gap in funding and resources for startups and businesses by providing advice and insight on how to raise the capital they need to help grow and scale their businesses, while creating more exposure for their brand and providing connections to resources and mentorship. 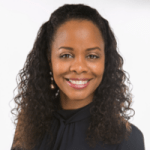